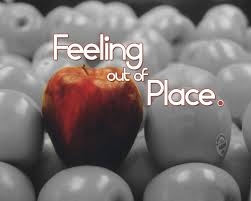 This is an article I wrote for the disAbility network I am involved with at work.

Sometimes I forget that I look “normal” now. I had spent so many years knowing that I stood out because of my extreme obesity that I still catch myself feeling like an outsider. Some people made obvious comments about my obesity which equated being really fat with having no self-control. We always hear that ‘words cannot hurt you.’ But they did. Over time I began to believe them.  Other people meant well when they said things like: “You’re such a handsome man, if you only lost some weight…” In general, most people liked me and thought I was a nice guy. But looking back, I realize that I felt like a loser. It’s sad that I judged myself based upon how I believed others saw me.

“Big Guy”—I’ve lost track of how many times I heard that. It was people’s subtle way of pointing out my “big problem.” Most people didn’t mean any harm. In fact, it was a term of endearment among some of my friends. Over time I began to identify with the label “Big Mike.”

Most people with disabilities don’t have the option of changing their appearance, but in 2014 I embarked on a fundamental change in lifestyle—not a “diet”—which enabled me to lose over 200 pounds in about 11 months. I cut back gradually on what I ate (as well as portion size) and increased my physical activ

ity. I used an app to track daily food intake and exercise. In the early days I mostly used my “Gilad Janklowicz’ Bodies in Motion” DVDs and walking. I still do that today but have added weight lifting and a lot of hiking. The most challenging part is not the exercise or the foods you eat, but the power it takes in the mind.

Some people might say that my story just goes to prove that obese people have only themselves to blame if they can’t lose weight.  But the truth is that how I felt about myself, coupled with my declining health, is what motivated me to change. My health did improve, and I looked much better. I still felt fat, even though I knew that I was now thinner than people I deemed “normal” sized. Over the years I had learned to identify with and accept my condition so much so that it became a part of me.

Despite everything I put myself through to get healthier, I continued to be my own worst critic, and I had to realize that my self-worth needed to come from within, not from what others thought of me.  This is easier said than done. Human beings are social animals, after all, and are conditioned to seek the approval of others. We want to be liked and not judged in a negative way. I know there many who say they don’t care what others think of them, and if that is truly the case, I wish I could learn to be like that.

It takes a conscious effort each day for me to learn to love myself and accept how I look. I am still critical of my body and have had to learn not to push myself too much to try to achieve a physical appearance that may not be realistic. After all, who am I doing this for? In the end, I am still doing this for myself, because keeping active and taking care of my body makes me feel good.  Even people who have looked “normal” all their lives feel intense social pressure—no matter their age or health limitations—to look young and “hot” because of the many unattainable cultural ideals imposed by the media on both men and women in 21st-century America.

I now view all of this as a journey, not a destination. I learn a little more each day about my new self, slowly letting go of past injuries to my self-esteem and actively encouraging the people around me to find their own inner core of strength.